When Paige was diagnosed with type 1 diabetes, we thought her life was over.  We couldn’t begin to imagine how she would live a normal life.  It just seemed so overwhelming.  She had become slower and slower through T-ball season and could barely run the bases.  We told ourselves it was because she was so little; after all, she was only five years old!  But then, when she started with this insatiable thirst and waking up several times in the night to use the bathroom, her father and I started to wonder if something was wrong.

The nurse I spoke with at our pediatrician’s office told me that Paige couldn’t have diabetes because “she wouldn’t be playing T-ball.”  But she was wrong!  Paige even rode her bike at the park the day she was hospitalized.  Paige’s beta cells were being attacked by her own immune system and her pancreas was slowing down production of insulin.  She became very ill and spent several days in the Pediatric Intensive Care Unit at Santa Barbara Cottage Hospital.

This March 29th will be five years since that scary time.  It’s hard to look at the numbers:  9000 finger pricks, 415 needle site changes, and 3000 needle injections.  And how do you measure heartbreak when it’s not the right time to have an ice cream?  Or you test your blood, eagerly awaiting eating a piece of Valentine candy, and your blood sugar is too high?  And then there are the feelings of being different.  I have often said that diabetes is the stealer of childhood.

Paige has been living with T1D since that night five years ago.  She has gone on with her incredible life and does fantastic things!  She volunteered at California Coastal Horse Rescue, reading to the horses. She has learned to ride Western, and is now working toward her goal of learning English and jumping someday. She came in first runner-up in her school spelling bee last year.  Paige loves to read and is currently hooked on Harry Potter. 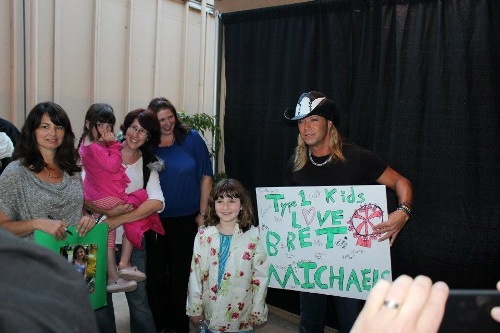 Paige has a great group of friends who also have T1D and two years ago, she got to meet Bret at the Ventura County Fair.  We will never forget that night!  It was really hot backstage while the kids waited to see him.  Bret came out and brought all the kids water bottles because he knew it would be a little more time!  And he even joked with all of us about how he had sugar if anyone needed it (for a low blood sugar).  Paige made a sign for Bret and had all her friends sign it.  Bret very sweetly turned to Paige and told her she could do anything she wanted to do, despite having diabetes.  He told her how he traveled the world and didn’t let diabetes stop him.  Precious words to a precious girl. 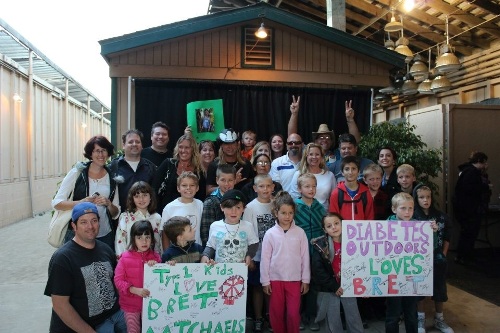 Paige’s life was turned upside down once again when our family moved to Nashville this past year.  When we got here, there were many changes.  New house.  New neighborhood.  New doctors.  New school.  New kids.  New church.  New school nurse.  New teachers.  Paige cried and longed for her friends back in California, calling many of them every day.  She began to have extreme stomach pain and we thought she may have appendicitis.  It was very difficult to start fifth grade in a new school.

Back in California, we had always gone as a family to diabetes camp.  When we got to Nashville, Paige immediately started looking for diabetes camps here—it’s the only place kids with T1D totally fit in. Last year, she went to a day camp at CampSugarFalls near Nashville.  But she longed to go to the Tennessee Camp for Diabetic Children for a sleep away camp that has horses!  It is expensive and there was no way our family could afford it.  We told her, “Maybe next year.”

Then we had an idea about writing to Bret and his Life Rocks Foundation.  Maybe Bret could help Paige get to camp.  And he did!  We got the call from Patrick, Bret’s representative and Paige was so elated she went home and started packing although the camp isn’t until summer!  She reminds me daily of the things she needs for camp and she dreams of the adventures she will have.  She tells everyone about the upcoming camp! 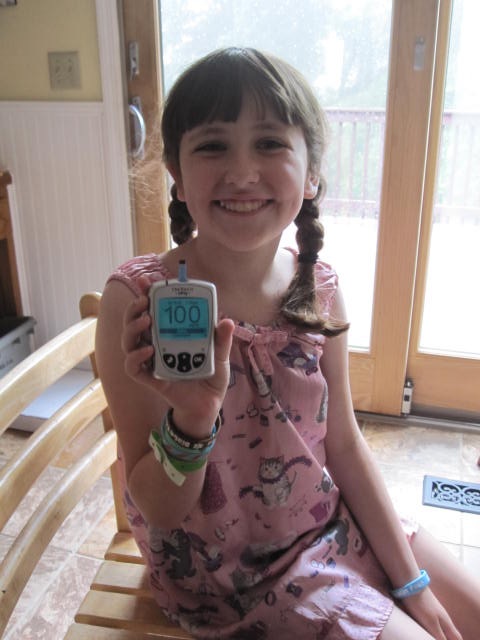 Paige and our family have walked to cure diabetes every year with JDRF. Her team is named “Paige’s Prancing Ponies.”  Paige has raised thousands of dollars for kids with diabetes, and we are so grateful to Bret for giving her this opportunity to kick back and relax at diabetes camp this summer!