I have a condition called RSDS. Reflex sympathetic dystrophy syndrome. I had a hip replacement 2012 and have had this horrible pain since then. What I thought was just surgery affects turned out to be rsds also known as crps chronic pain syndrome. It’s been over a year now and I can no longer walk on my own, I scream even when bathing when I touch my leg much less letting the Dr. Touch it. I wear a brace and diabetic socks and shoes that had to be made a bit special due to an unusual drop foot I woke up with after the surgery. There is no cure for this chronic pain. I can’t imagine how children can deal with it because I can’t. I was on opiates for a year and they did nothing. I had 3 sympathetic nerve blocks also did nothing. My leg is atrophied from the knee down. My foot is turning inward

I’m almost 55 I’ll never walk on my own again. It breaks my heart. I know there are children with this problem and they have such a long way to go. I saw you once in a place called Goodfellas in Pottsville, PA. many years ago. I learned you were taken to the local hospital after the show for a problem with diabetes. Something I also have. I have suffered with that as well as copd. Nobody can fix any of it. I surely would like to see a cure one day but until then unfortunately those of us who struggle with the pain as I do. I wanted you to know that when I saw you all those years ago I amazed. I had already loved your music but seeing you live was so different. I never knew till that night that you were diabetic till I heard that you were taken to the local hospital right after the show. I’m not going to get any better. I can’t even get insurance to rip out my tub and put in a walk in shower or give me a sliding bench just so I can get in the tub. Again I want you to know that night I saw you I knew then you were a somebody and that you would remain popular. In closing let me just say that my opinion you always will be. Thanks for hearing me out. ROCK ON! 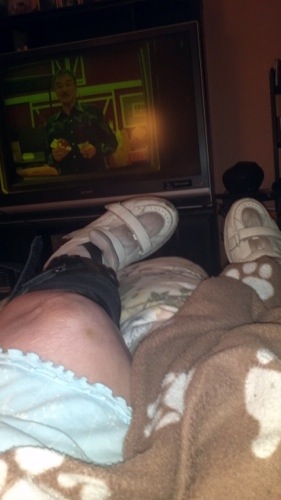