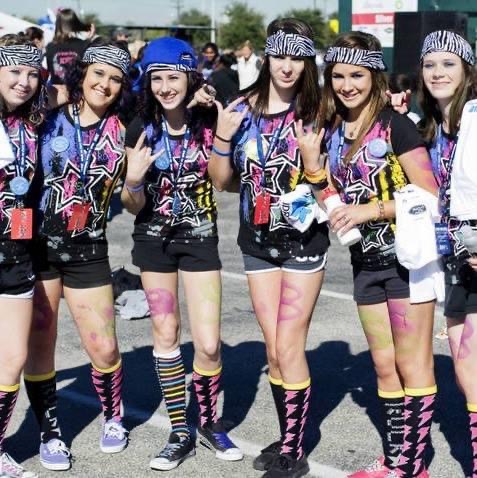 The day was April 15, 2008… a Tuesday, I remember like it was yesterday. Summer wasn’t feeling well at all, that day she missed school, so I followed my instinct to take her to the ER around 11 am before her doctor’s appt later that day. They tested her and when the doctor came in with the news, my heart stopped. From that moment, our lives were forever changed. She was diagnosed with type 1 diabetes, she was only 11yrs old. She was so scared, I remember her crying, asking, “Mommy, am I going to die?” “I don’t want to die!” As a Mother, my heart was broken, watching my little girl lay there so frightened and I couldn’t do anything to fix this. A new lifestyle, new ways of living with this disease that was forever, since there is no cure. 😔 Summer had to learn to live with this illness with many ups and downs.

As time passed, her 1 year anniversary came and she decided she wanted to celebrate with a party and a cake, that she made it through that tough first year, and so we did. But over the next 2 years, it was very rough for her falling into a deep depression, she was giving up hope for a cure. Then we watched a show, The Apprentice, and Bret Michaels was on it talking about him having type 1 diabetes. And also talking about the kids he helps etc. Summer was intrigued by this, and when the JDRF Walk to Cure Diabetes came up in Houston, the theme was, “Rock the Cure”. So Summer said, let’s dress up this year, you know… like that “80’s rocker dude… Bret Michaels”! 💙 We won the Best Team Spirit Award too! But in the end of 2010, Summer hit rock bottom with depression real bad, and took a syringe and etched f**k it in the side of her leg. It was beyond scary, then at a local Country bar, Mo’s Place, in Katy, Tx., where I used to work, Bret was performing.

So we reached out to bring her into the club at 14yrs old, to meet him, with hopes that it may help her. That night, on Bret’s tour bus, we met him, giving him a pic of our walk team dressed as him, autograph by Summer. He then told my daughter, that he was going to sponsor her, and send her to Diabetes Camp of her choice. Tears in my eyes, joy in Summer’s. She chose Camp Sweeney, in Tx. where she has met her Sweeney family, diabetics like her. And having Bret tell Summer, “Life goes on after diabetes” you control it, don’t let it control you 💙 was the best advice ever, I couldn’t stop crying tears of joy how her face lit up, Bret gave her hope… “Something to believe in” We will forever be grateful to Bret Michaels for literally saving our daughter’s life!!! Since then, she has a better outlook on her diabetes, she has mentored a newly diagnosed girl, Jennifer…a few years after. We also would fundraise for the Walks each year to help find a Cure and volunteered at the Gala’s as well, in Houston, in Dallas Tx. and in Arizona.

Summer created a video that’s up on YouTube, to help raise awareness of this disease and how we need to keep funding research for a cure. We also ran into Bret again, at Pet Smart, when she was 17yrs old in Arizona, at another meet & greet and he remembered her! Then once again, during covid, in 2020, at the Luke Air Force base in Az. Now Summer is 25 years old, and currently resides in Az., and lives every day to the fullest, never letting anything stop her from doing what she wants to do in life.

Her favorite quote: “You don’t know how Strong you are until being Strong is the only choice you have”. We need to find a Cure for T1d and never give up hope. We need to keep spreading Awareness for Type 1 Diabetes💙!