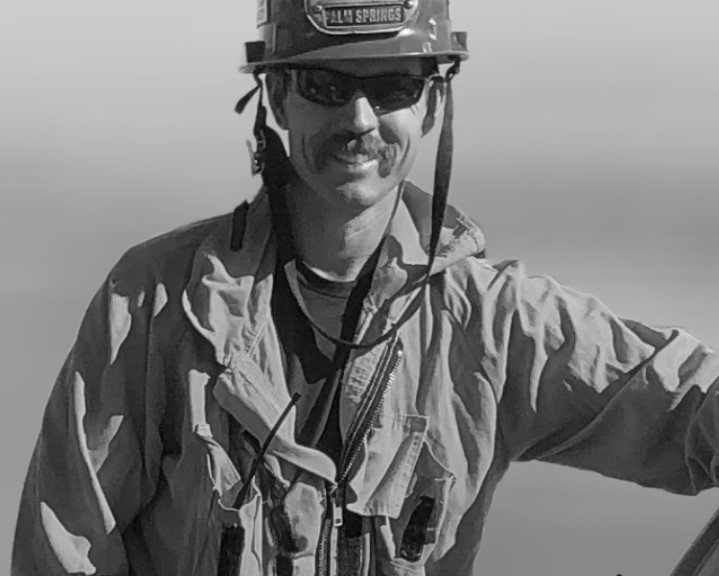 It all started 25 years ago. I was just picked up from school by grandma who was also my tutor every day.  As I look back, I’m very thankful for my grandma and her strict educational standards with me.  I wanted nothing more than to be outside building things, digging up the earth, or letting my imagination take me to a place other than in a classroom memorizing words, numbers, or ideas of another.  It was her discipline that got my family and I through the first few months of “the diagnosis.”

We had just got home from school where I knew she would have me do the standard “sets and reps” of everything educational when in the distance her landline phone rang, it was my mom. Clearly remember sitting on the piano bench seat looking into the white tile kitchen when my mom clearly said “son, your blood work came back, and you are a type one diabetic now.”  “Great mom”, I said. And the next words were always on my mind. “So, when will you be here to pick me up, I don’t know how much longer I can write in cursive today.”

But instead of talking about my diagnosis story, I want to reflect 25 years ago and talk about my parents and their diagnoses story of both their son becoming an insulin-dependent diabetic.  Why? Because as a child you take each day in the present and take on whatever that day might bring regardless of how dark and lonely it might be or how long the nights might be of the highs and lows. You’re not thinking about food, prescriptions, and daily multi-injections.  You’re not fighting that internal unspoken thought of why; you’re not contemplating your faith and as a child, you’re not dodging the daily speed bumps that knock you down but don’t take you out. That present moment as a child allowed me to get through my earlier years as an insulin-dependent diabetic and instead of a moth drawn to a flame like my parents, now I took my broken wing and flew through the day with my thoughts and imagination.

My mom was in her early 30s when I was diagnosed.  During the time of my diagnosis, there was no internet or instant communication with doctors or medical profession like text or email today.  Instead, she had books that she would order through medical staff or the local library to educate herself on this disease.  She recalls initially when we found out of my diagnosis, of being naive and wondering what she could do to make the problem go away. It wasn’t until we went to local pharmacy for the first time, and I sat in the corner playing with the blood pressure machine, she felt as if she had a knife in her back, she was scared, and contemplating cracking.  She then realized how crucial this moment was and how every second from now until my last day had to be calculated. A young woman standing there with two boxes of needles, several vials of what appeared to be water, and a machine that makes a certain sound every time it turns on.  A sound only a diabetic can reference in a highly crowded area. She realized at that moment while walking out of the pharmacy with a 12-year-old boy touching everything in sight, that the nights were going to be dark, lonely, and long.  She realized that this disease was going to push back on her every day and might cause some type of internal scar, but she wasn’t going to crack, and she was going to push back and push back hard.

From that point on, both her and my father would spend endless sleepless nights checking my sugar while I sleep, reading diabetic “how-to” books during lunch, understanding the sugar part of “sugar diabetes” and learning from the knockdowns of diabetes, but not being that moth drawn to the flame.  Taking each day dynamically and realizing that as a diabetic, there is never two days alike. My mom recounts on several occasions going to see a diabetes doctor and how the doctor always seemed to be clinically driven, instead of sitting there and truly listening to her and I struggle with the pain and how each day it felt like we were at the bottom.  Instead, they wanted a list of blood sugars, and disappointed that you didn’t get blood work done.

She recounts the lows of unresponsiveness and how on one occasion my father held me down on the floor to pour honey down my throat as I fought off what I remember as a demon.  She recounts the highs and the pure frustration that would cause me to act out and physically breaking windows or other household items. But she also knew that with this diagnosis, I had a broken wing and each one of these horrific events was just a new way to learn how to fly, fly out of these ashes of diabetes.

You would think with each one of these highs and lows of diabetes, and how each event may cause a scar or a crack in your personal life as a parent of a diabetic, you would eventually crumble to the bottom of the dark and lonely life, knocked down and barely hanging on.  But it’s when your child, during a Saturday morning fire academy graduation, gets his name called out for being one of the top performers of his academy you realize that because you didn’t crack and you pushed back; push back hard, that once broken wing of your young diabetic child is now fully restored and he is flying. Not flying towards the flame, such as a moth, but flying into the flame to aggressively stop the fire from causing more damage to life and property.

Over the next few years as a young adult diabetic I struggled to gain steam in the fire service.  The insulin pump and CGM was just barely getting recognition and the CGM was hardly accurate.  I struggled with receiving my ambulance driving certificate initially through DMV because of DMVs policies. But I pushed back and didn’t get knocked down; eventually receiving my ambulance driving certificate and working for a local Paramedic agency.  During that time working for the paramedic agency, I went to paramedic school and graduated.  Came back and ran 911 calls as a paramedic.  It was always a pleasure administering D-50 (dextrose) to unresponsive diabetics and having them wake up.  There was always the quiet bond between us since I knew exactly what they were feeling.

During these years as a private paramedic, I applied up and down the state of California looking for the firefighter jobs.  Each time knowing that my diabetes would be an issue through the eyes of the fire service only because their version of a diabetic is the unresponsive person lying on the couch with low blood sugar.  Plus, the National Fire Protection Agency stated in their policy that it was not recommended for type one diabetics to work as a firefighter (that has now been changed).  Eventually, through luck and that unbroken spirit, a local SoCal agency picked me up as a firefighter paramedic.  Since then, I have promoted through the ranks and currently work as a Fire Captain at a station where our engine company sees 15-20 medical, fire, and all-risk calls each day. I have a great crew that understands diabetes and the importance of good health.

As I look back over the last 25 years, I realized that I was never was one to tell anyone of my broken wing of diabetes. I didn’t want anyone to know that I was injured and that I had a fight inside of me.  I was quiet and made sure that no one knew. I feel as the years progressed, this broken wing fixed itself, and through the fix, I have accepted that diabetes is who I am not what I am.

Shortly after I received the email to write this report my engine company got a fire alarm call at a local doctor’s office.  As we proceeded to the call with lights and sirens, I realized that this doctor’s office was the same office that diagnosed me 25 years earlier with type one diabetes.  Though the call was a false alarm and there was no fire or needed assistance, it allowed me to reflect as we drove back to the fire station of the highs and lows of diabetes and how they are part of my story. The wins and losses of diabetes and how they drew the picture of my adult life. The failures and glory of living with diabetes and how they made me more passionate to understanding the importance of good health.  All this was done with a broken diabetic wing, but with support, personal discipline, and a vision of who you want to be, that broken diabetic wing will eventually fix itself and you will be able to fly out of the ashes and do and be whatever you want.  #KNOWSURVIVETHRIVE #UNBROKEN