Hard to believe a whole year has gone by! I wish I didn’t have to write this letter, because it means a cure hasn’t been found yet. Maybe this is the year! Big thank you to Bret Michaels who sent me to Camp Needlepoint last summer for the first time! It was awesome, and I am going back next summer to train to be a counselor. It was a life-changing experience, and I want to be a role model and friend to younger kids who suffer with this disease too. Those who know me know that I love hockey, and we are having a great season so far (#3 in State as of now)! Even with all of the challenges of having this disease and playing a sport, it’s worth it to me. The other night my blood sugar shot to over 600 during the game (kink in tubing, adrenaline rush, who knows). I had a very bad headache, nausea and my mouth was like cotton. My mom wanted me to sit out but I didn’t want to, so I continued to play. Later that night, I crashed down to 53, and my parents and I were up all night checking and re-checking my blood. When I’m low I have to eat/drink even though I don’t want to. I stayed home from school the next day feeling sick. When the same thing happened again two days later, my parents were on the phone with Medtronic and came to the conclusion that it was due to a “bad” batch of infusion sets. I almost had to go in for IV fluids, but thank goodness we were able to figure out the problem and I am feeling better now. The daily grind with this disease gets me down sometimes, but I will keep plugging away until a cure is found. I know I am blessed to have such a supportive group of family and friends – it means everything to me! If you want to walk with us on February 21st that would be awesome! If you are able to support JDRF in their efforts to find a cure, that would be great too! I have a feeling that 2015 is the Year For The Cure. Wouldn’t that be amazing?

Hailey is home now from camp, and what an amazing, life-changing experience she had! When I went to pick her up on Saturday morning, she introduced me to so many new friends she had made, and they were all laughing and telling funny “camp stories”, singing songs (one about Bret Michaels, where everyone “goes to the pole” and sings Every Rose Has It’s Thorn – haha), making bracelets, etc… Nobody wanted to say goodbye! It was obvious that they had such a connection with each other that only they can have.

Sending Hailey to camp has changed her in so many ways. She loved it so much that she wants to go back next year (for two weeks) and learn to be a counselor! I think she would go back to camp this week if she could! haha

Words don’t express the gratitude that I have for Bret and his team. I have loved Bret since his days as frontman for Poison, seen him numerous times in concert (BMB), and watched him in Celebrity Apprentice, Rock of Love and Rock My RV. I have a special place in my heart for him because I know he has battled Type 1 Diabetes since age 6, and I have watched my daughter battle it since age 10. It is a life-long disease with serious implications, and a daily grind of injections and finger pokes. Bret has not let this disease bring him down, even though he has been through so much. Hailey sees this too, and it gives her hope and strength.

Bret, you are the real deal. My faith in humanity is restored when I think of you. Rock on, take care of yourself, and PLEASE, PLEASE come back to Minnesota ASAP!!! 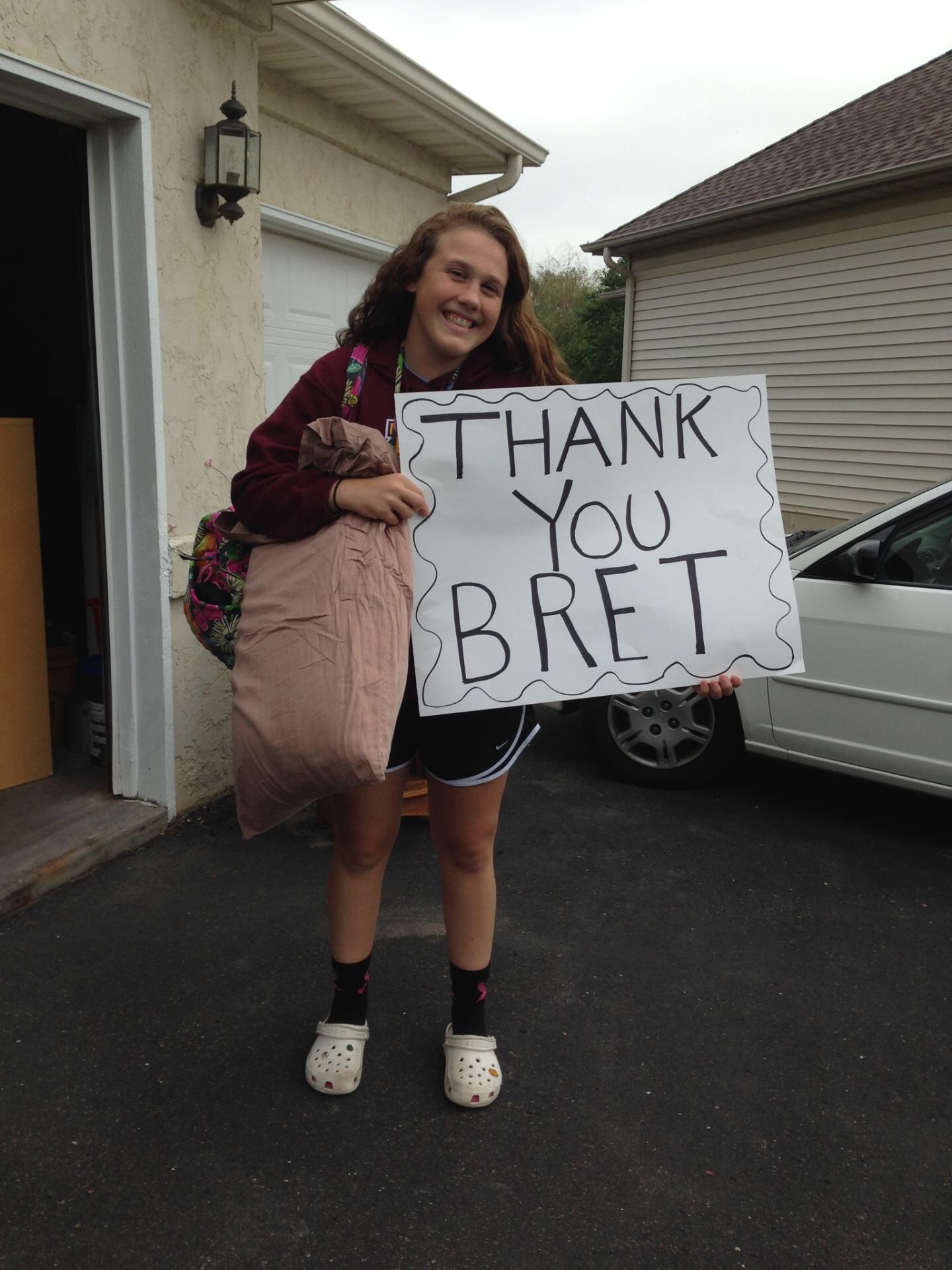