I was diagnosed with stage III breast cancer on January 14, 2013. At only being 41 years old at the time, I was shocked. The cancer was in my left breast and had invaded several lymph nodes under my left arm. Because of the fibrous tissue in my breasts, the tumor was not detected on the mammogram and not felt by my OB/GYN or general surgeon, but the enlarged lymph nodes were cause for concern. Only after an MRI, was the tumor detected in my breast. Biopsies in both areas confirmed the cancer.

I had hair to the middle of my back which I cut to shoulder length. Two weeks to the day of my first chemo treatment, my hair started to fall out. One week later, my husband shaved my head. This is not something we EVER plan to do again!

I endured 8 rounds of chemotherapy for 4 months starting in February, in June I had a bilateral mastectomy and had 17 lymph nodes removed under my left arm, started 6 weeks of radiation in July, had a complete hysterectomy in September, and just had the first of two reconstruction surgeries on November 1st. Besides taking time off for the surgeries, I continued working full time (thankfully I work from home) and tried to be the best mommy I could to my 4 year old and 7 year old boys too.

I learned this spring that I was BRCA2 positive so that made my decision to have the bilateral mastectomy performed as well as the hysterectomy. Ironically, this genetic mutation came from my dad.

I had a very hard time being strong about this initially, but then I thought that this was the most ridiculous thing that could ever happen to me so I was going to be a fighter and get rid of this nonsense that was consuming my life. My amazing husband and two young boys have been incredibly strong for me and very supportive. This year we were overwhelmed by the thoughts, prayers, positive energy, meals, childcare help, etc. that still continues to be sent our way by our friends and family. It has truly been incredible.

I have one more surgery in a few months to finish the reconstruction, but will continue to believe that I am cancer free until my next PET scan….and for the rest of my life for that matter!

In September, I was fortunate enough to meet Bret at his Wild Horse Pass concert in Chandler, AZ. I am so impressed by all of his philanthropy and genuine concern for everyone fighting their own fight. I shared my story with him and thanked him for all that he does. 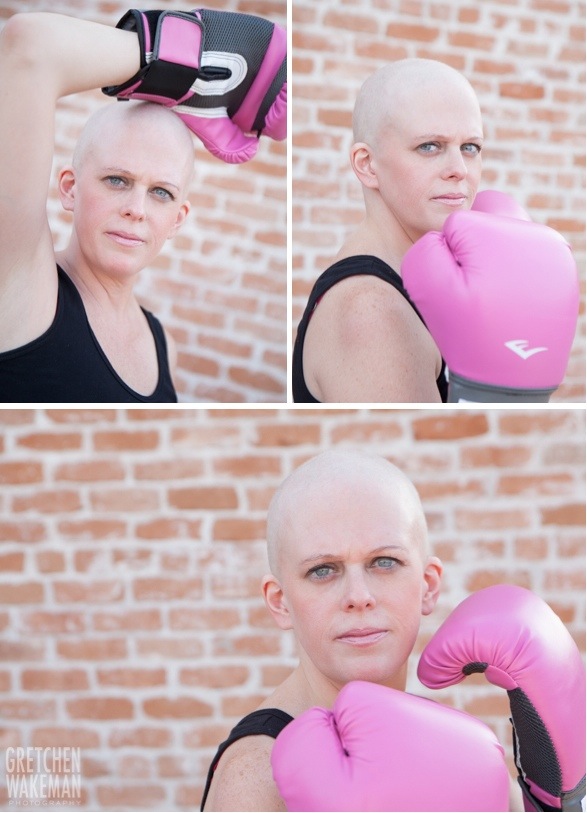