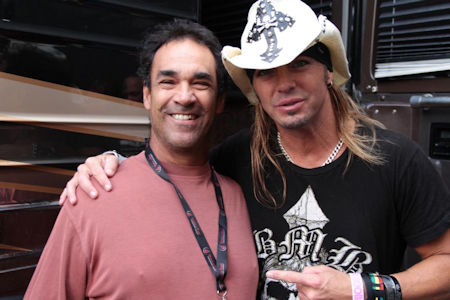 I met Bret Michaels by chance at the half marathon in Philadelphia on September 18, 2011. I knew about Bret Michaels, because of his music and because we shared something in common, we both had a Cerebral Hemorrhage. I was very excited to meet with him! I looked up to Bret for the courage it took to pick right back up from where he left off and continue his work after his hemorrhage. After our meeting, I started to learn more and more about how Bret is making so much of a difference in the lives he is able to touch with his fame. Here is a man that has been dealt many challenges in his life and yet he chooses to take those challenges and affect the world in such a positive way! One of the things I didn’t know was that we also shared something else in common and that is Diabetes, in 2004 I learned that I have type 2 Diabetes and I have been fighting it ever since.