I am a single mom who had to put my life on hold to raise my 9 year old son who was
born with kidney damage. The doctors said he wasn’t supposed to survive. He is a
true miracle child. Noah had a kidney transplant 3 years ago at Cincinnati Childrens
hospital. It was touch and go for a while. I had used your music during some of my
darkest hours of not knowing how things would turn out with Noah. As Noah’s grown up, he has listened to me play your music and has became one of your youngest fans. Noah has a long road ahead of him with his health. Doctors said he will need another transplant in the future.

Noah was very surprised to have the chance to see you, his hero up at the Cleveland
Rib Burn off on Memorial Day. He was too shy to speak up. You have inspired us with
your music, and the struggles you been through. You have given alot to people. Noah
wants to help and be inspiration to other kids like himself who is going through the
same thing. As you did with the Diabetes Foundation and your charities. 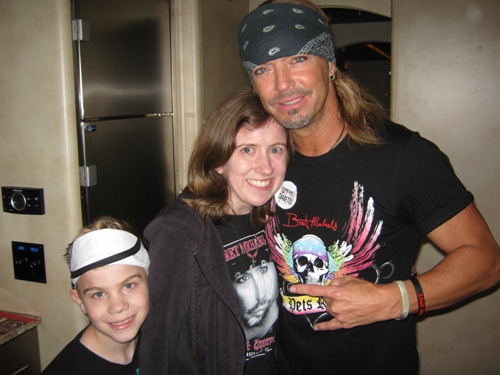