Every time I hear the song, “Something to Believe In” I picture you and my daughter
Sam talking about living with Diabetes. I brought her to see your show at the
Turning Stone Casino for her 13th birthday present and we were lucky enough to get
to meet you. It was important to me that Sam realize that Diabetes didn’t have to
hold her back. That she could be anything she dreamed of, even a rock star! You were
so kind, sweet and genuine with her & had exactly the impact I hoped you would on
Sam! We were thrilled when you started sending kids to Diabetes camp. Camp was such an amazing experience for Sam growing up that she gave back by working as a
counselor after she got too old to be a camper. She wanted to influence and help
other kids like her! Eventually she wants to establish a camp scholarship to help
send kids to Diabetes camp.

Sam is 20 now. She is an artist in so many senses of the word. She has been acting
since she was 13 and is starring in a locally produced film. Sam spent a year at
Buffalo State to study acting but had to leave due to her Diabetes going out of
control. She has just started promotional modeling and is signing with a local
modeling agency this week. She is also an incredibly talented metalsmith and leather
artist. On May 8, 2013, the 12th anniversary of her Diabetes diagnosis, she created
the first in her line of leather Diabetes bracelets. It is cool. Rock star cool…
it made me think of you. A wide, hand carved, tooled and painted leather cuff that
is unmistakeable as medical jewelry, but is medical jewelry you’d actually want to
wear. We struggled unsuccessfully for years to find a bracelet Sam would actually
wear! We searched the Internet to find something similar to help set a price, but
there was truly nothing like it. She designed three more Diabetes bracelets last
week and listed them on her store. It’s just the tip of the iceberg. She has
plans for more colors and designs including some leather wrap bracelets. We both believe, with the right support, this might be her big break and her way to help other diabetics. If the bracelets sell like we hope they will, she wants to use part of her profit to either establish a campership, or donate it to the Life Rocks Foundation. I plan on helping her launch a kickstarter campaign to fund this project. In the meanwhile, I am paying for a die to be made of her original artwork to streamline her process and am buying her enough leather to get things going. And I’m praying. And believing. It’s so hard to watch my beautiful daughter struggle to find her path, but I know that God has a plan for her. She feels that it is to somehow help other people like her, like you do. And I felt compelled to write you. Maybe because I’m reaching for that something to believe in. Or maybe because I hope you’ll believe in her, to help her believe in herself! I honestly don’t know, but when I have a feeling this strong, I know to act on it.

I want to thank you from the bottom of my heart. I’ve been a fan of your music for years. Now, I’m even more of a fan because of your philanthropy & openness about living with Type 1 Diabetes. I have taught Sam to “Never Surrender” as I imagine your mom did for you. Now it’s become her mantra when things get rough. Everything you’ve done through the Life Rocks Foundation has helped so many and given something to believe in to people whose hope is gone. 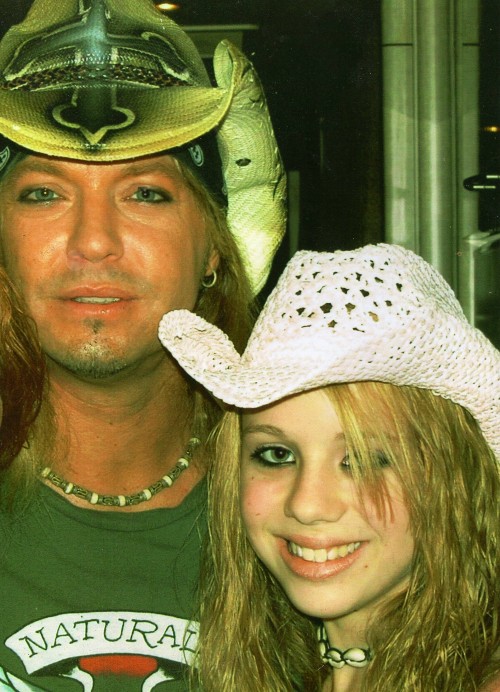