A couple of years ago, I was in a car accident where the driver left me for dead. Even though I had a seat belt on, I flew into the windshield. I had to have my right ear and eyelid re-attached. I broke 3 ribs, dislocated my right shoulder, chipped 2 vertebrae and was bruised internally. I missed 3 months of work. I had to learn to walk again, use my right arm and just heal. The worst part of this is that I do not have any memory of what happened.

During this time Bret was my hero because of his song, “Something to Believe In”. The lyrics gave me the strength to believe that something good would come out of this besides the fact that I survived. To remind me that there is always someone looking out for me, I had angel wings tattooed on my shoulder, along with the Chinese symbol for “Believe”.

When I found out that Bret was playing in Green Bay, WI on March 29, I knew I had to go see him. I put together a before-and-after photo album with a letter telling him how much he inspired me. Bret’s personal security guard was kind enough to take my book and assured me that Bret would get it.

Next time I seen Bret live turned out to be August 14 at the Milwaukee State Fair. Janna and Rob were able to get me into the “meet and greet”. Even though our meeting was short, Bret remembered me, and I was able to present him with a custom-made necklace featuring a pair of angel wings, like my tattoo, so he would be reminded that somebody was looking out for him, too. He said he was really touched by my story and wanted to meet me.

I wanted him to have something special from me because he does so much for others. He really does make a difference in the world – and to me. 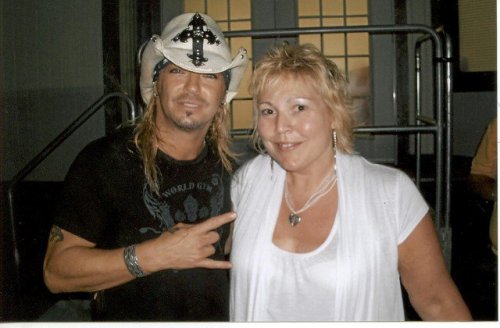 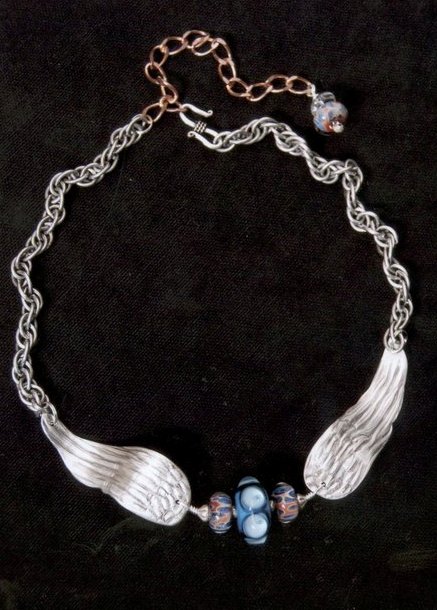