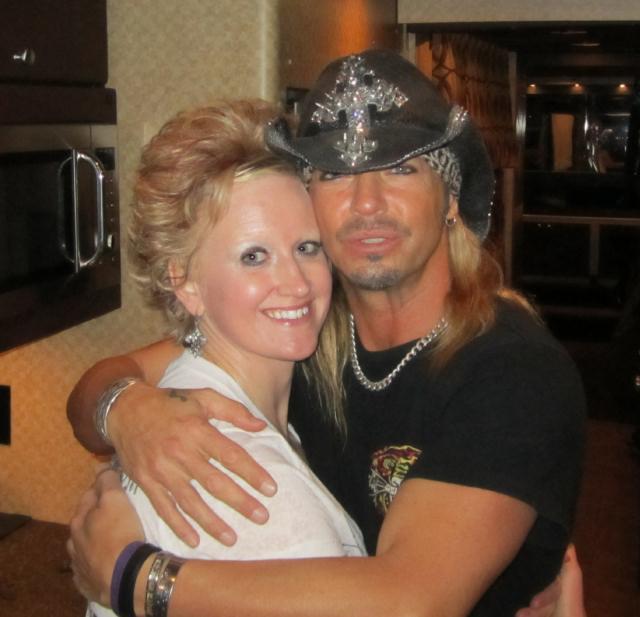 The first attached picture was taken the nite Bret and his band performed at the Wicked Moose in Rochester, MN on 12-26-11. All my co-workers surprised me ( for an early b-day February 11th ) by all chipping-in money so I could purchase a Meet and Greet with Bret that nite. I have attached the link below to view.

Everyone knows my Pure Admiration for Bret and how much he Inspires the Very Best in me. Bret’s Determination, Drive and Adrenaline for life is a Forceful Power trip that ignites your Very Soul. Being in Bret’s Heavenly presence is Breathless. Bret is the epitome of God.

The second picture attached picture was from August 2010 @ the Wisconsin State Fair, where I had my First and Greet with Bret and I was telling him about my accident which made our moments together bridge even stronger as he got goose bumps he said and he even went into details about his aneurism.

I was in a car accident leaving the Poison Concert in 2008 @ Jackpot Junction Casino where I was pinned upside down in the car and by the time they were able to cut me outta the car, I stopped breathing and had to be airlifted to North Memorial Hospital in the Twin Cities. I had suffered bruising of the brain, a split open forehead, cuts, bruises and a badly banged up body.

I completely Honor, Respect and Idolize, the infamous – Bret Michaels!