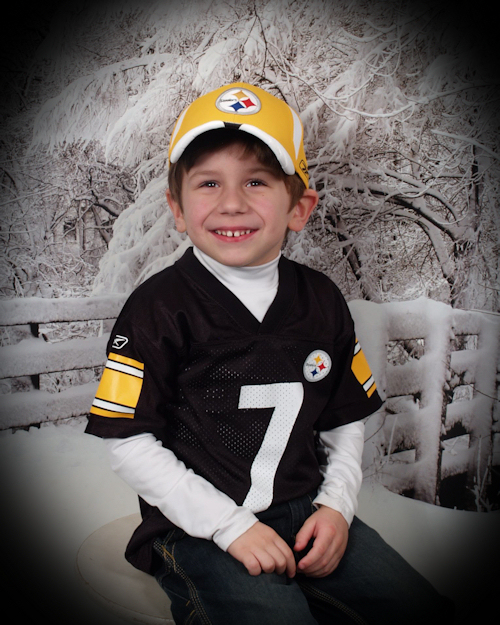 Given Hope by Bret’s Story

I never knew much about diabetes until March 4, 2011. That was the day, my life changed forever. The day started out with our 3 year old son, Jeremy, throwing up and having flu like symptoms (before that he looked thinner to me, was wetting the bed, drinking more water, and chewing on his sleeve). I went to work and around 10:00 my husband called me, and said he didn’t like the way Jeremy looked. Luckily, my administrators (I’m a teacher at Trinity High School, Washington, PA) told me to go home, and I called the pediatrician on my way home. They told me that if he kept throwing up and started looking lethargic to take him to the Emergency Room. When we got there we told the doctor that he had the flu. The doctor asked questions about diabetes, and then ran a series of tests on him including extensive blood work. When the doctor came back, he was carrying a meter to read his blood sugar level. At that time, he told us that Jeremy was diabetic with a blood sugar of 480. Our hearts dropped, but I thought to myself that it could be worse. The doctor said he was going to transport him to Children’s Hospital in Pittsburgh. He told us that Children’s was better equipped with dealing with juvenile diabetes. A few minutes later the helicopter came to transport him there. It was rush hour in Pittsburgh, and they wanted to get him there as quickly as possible. He was so out of it that he didn’t even know he was on a helicopter. I’ll never forget that day in my life; it was one of the dreariest days ever. We arrived at the hospital in 7 minutes, and then reality set in. After 2 days in PCU, and extensive diabetic training we got to come home. Jeremy is now 4, and he is such a trooper. He helps me test his blood sugar, and as soon as he is done eating he goes in the bedroom to get his shot (4 a day). He even calls his insulin ‘chocolate milk.’ Now, diabetes has become a part of our everyday life. My goal is to try to help fight to find a cure for diabetes.

I’m a business technology teacher at Trinity High School, and as part of our marketing classes we host an event twice a year to raise money for a charity. We recently hosted a charitable basketball game, and raffled off signed Steeler footballs and photos that were donated for our event. I’m proud to say that our students raised $1,050, which was donated to the Make-A-Wish Foundation. I would love to do a marketing project and donate all the proceeds to the Juvenile Diabetes Foundation. It would mean the world to me to be able to do something for juvenile diabetes. I also think this would be a great way to teach our students about diabetes. Any suggestions on how to make this event a success would be greatly appreciated.

Thank you for everything that you do, and hopefully some day soon there will be a cure. I just wanted to let you know that your story, gives me hope for my little one.