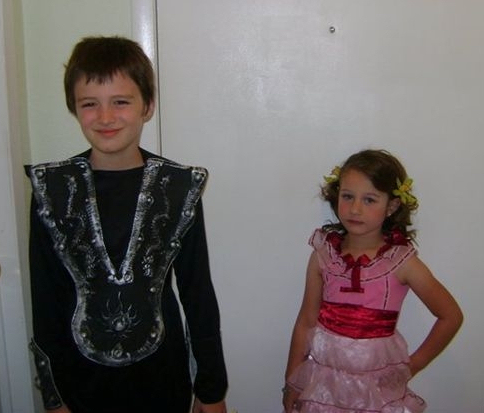 Hello. My name is Priscilla and just like every parent I want the best for my children. To grow up without any worries (like I did) but on May 21st 2010 our world was turned upside down when my daughter Lauren was diagnosed with Type 1 diabetes at the age of 6. We were already having a pretty bad year since my father was very ill and only three months after my daughter’s diagnoses he passed away. I still remember the day I was picking her up from school to take her to the doctor. She had all the classic symptoms. She started to have accidents at school and in her bed. She was always so thirsty and she was loosing weight. We live in Houston, TX so when I took her into the doctor they checked her blood glucose and it was over 600! We were told right away to take her to Texas Childrenâ€™s Hospital. We stayed there for 4 days to learn how to take care of her. We learned how to count carbohydrates and to give her shots of insulin. She was so brave! She took her shots and actually had fun in the hospital!

Just as we were getting use to everything and she was put on an insulin pump and we thought things were getting better. Things got worse…I never thought in a million years we would have to go through it all over again. Since my daughter was diagnosed I told my son what the symptoms were so he would know what to look for. He already has to deal with JRA (juvenile rheumatoid arthritis) he was diagnosed with JRA was he was just six years old. He went into remission about two years after his diagnoses so we were thank full for that.

But On May 28, 2011 just four months before his 11 birthday and only a year after Lauren was diagnosed my son Justin was diagnosed. He came to me telling me that he was using the bathroom a lot and was really thirsty the past couple of days. So I checked his blood glucose on his sister’s meter and sure enough the meter just read “Hi”. I went into the bathroom and just sobbed. I thought to my self both of my children have to live with this horrible disease! But we caught it early so we were thankful and I already knew how to take care of him.

Both of my children take it in stride. My daughter loves her insulin pump and my son has taken an active roll in managing his diabetes. We have done the JDRF walk the past two years and we have met some really awesome people along the way.

With diabetes every day is a challenge and it never takes a vacation. But we have learned it’s not the end of the world. We just take the good numbers and the bad and learn from them. Because we believe with research and new technology we will one day have a cure!