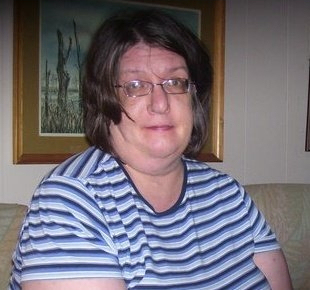 I was born Jan 8, 1965 (Elvis’ birthday) I was born with what is known as a hole in the heart. I was diagnosed with congestive heart failure in 1968, still have the original letter somewhere dating that. I had to have antibiotics before any dental work. In May of 1983 I was diagnosed with a bad case of the flu. This actually was a bad staph infection which entered my pulmonary system. This complicated matters with my heart defect so they had to operate May 13, 1983. This was the year I was to graduate from high school. I came through the surgery fine. I graduated about a month later and went on to receive my BA in Communication Arts with a collateral in Music 4 years later from Salisbury University. In 1996 I gave birth by emergency c-section due to complications including gestational diabetes to a baby girl, now 15. My father also died that same year of pancreatic cancer. He was 62. In 2001/2002 I was diagnosed with Major Depressive Disorder with Psychosis. This later changed to Bipolar/Schizo Disorder. I have spent the last several months fighting to get this diagnosis changed and eventually found a gynecologist willing to support my claim that it was possibly pms symptoms and maybe some reg depression. He prescribed a depo injection. They are now reducing my bipolar injections and considering switching me to the birth control only. There was a diagnosis made of this early on I just forgot about it. In spite of this I managed to work both full and part time jobs up until Oct 2009 when I quit my job at a doctor’s office. I now write without pay for Rock Thiz Magazine. I have been on the wrong psychiatric meds for about 10 years and am waiting to see what difference is made by me switching to the birth control. Thank you for listening.