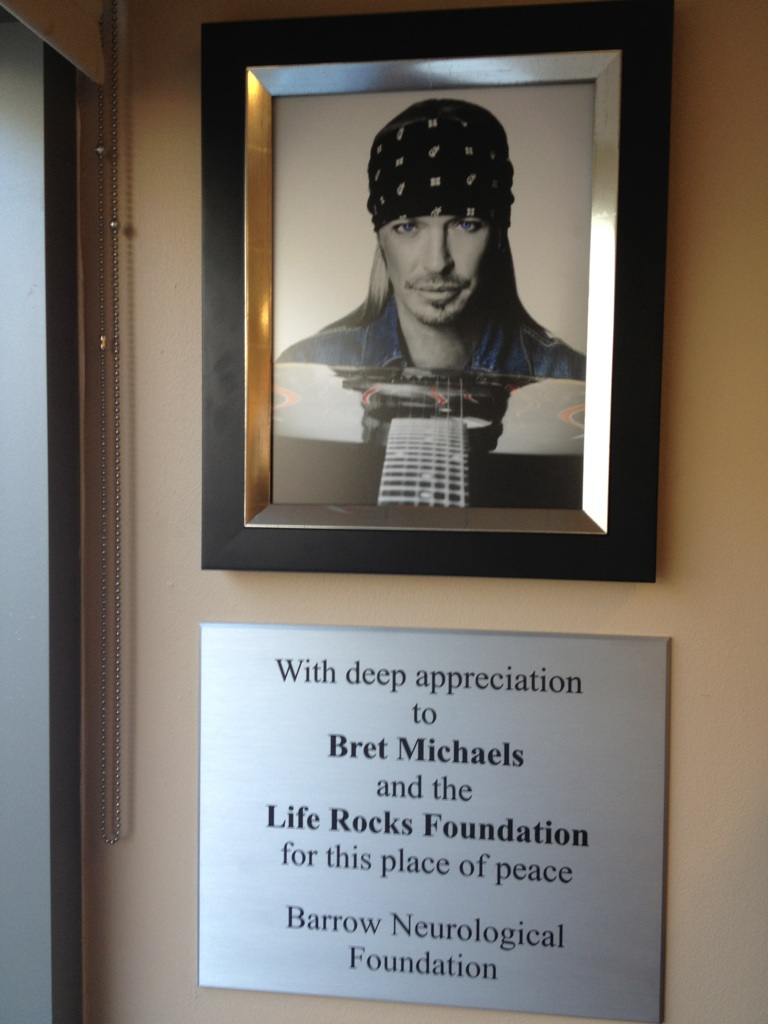 The room, which has been under construction for nearly a year, is located near patients rooms and features relaxation areas for patients and their families. It is decorated with a music theme and features many of Bret’s personal music memorabilia as well as never-before-seen inspirational photographs from his life and work.

“This is an incredible day for me,” says Michaels. “I’m thrilled to be able to give something back to the hospital that helped to save my life, and to the Barrow patients and their families. As someone who has spent his fair share of time in hospitals over the past few years, I know how necessary it is for both patients and their loved ones to have a fun, welcoming place to recharge – and I designed this music and hospitality room to be that place.”

In 2010, Michaels was rushed to St. Joseph’s Hospital and Medical Center suffering from a sub arachnoid hemorrhage, a life-threatening type of stroke that causes bleeding in the fluid-filled spaces around the base of the brain. The hemorrhage left the musician in critical condition and he remained hospitalized at Barrow for the duration of his treatment.  Joseph’s is the home of Barrow Neurological Institute and Michaels was treated by Barrow neurosurgeons.

After being released from Barrow, Michaels made a rapid recovery and went on to win Celebrity Apprentice in 2010 and enjoy a successful national concert tour. He then returned to St. Joseph’s in 2011 to undergo a heart procedure to close a hole in his heart.